So, as many of you know, I made it to the Star in a Bra top 10! Last week, I flew to New York City to take part in the top 10 professional photo shoot.

The top 10 girls were separated into two days, and I was scheduled to show up very first! Luckily for me, Cristyen and I had hit it off online before the shoot, and so we decided to show up together. Neither of us had ever been to New York and we were nervous about taking a taxi and finding the studio all alone! So, the morning of the shoot, I got up bright and early, and put on an old, too-big Freya Deco and a cotton dress (we had been advised not to wear anything that would put marks on our skin.) Then Criss and I met and took a taxi to the studio. Both of us were nervous and shy when we arrived, but Hannah Houston and Laura Butler, Curvy Kate's longest-running model, were there to make us feel welcomed, with adorable accents of course. ;-)

We headed in to hair and makeup, and before we knew it, other girls were showing up and it became quite busy! This was my first time trying Curvy Kate, and I can definitely say that I was impressed. In my opinion, they make some of the prettiest bras for the small back-big bust size range, and the shape and lift I got from them was quite good, despite them being a bit big in the band for me. 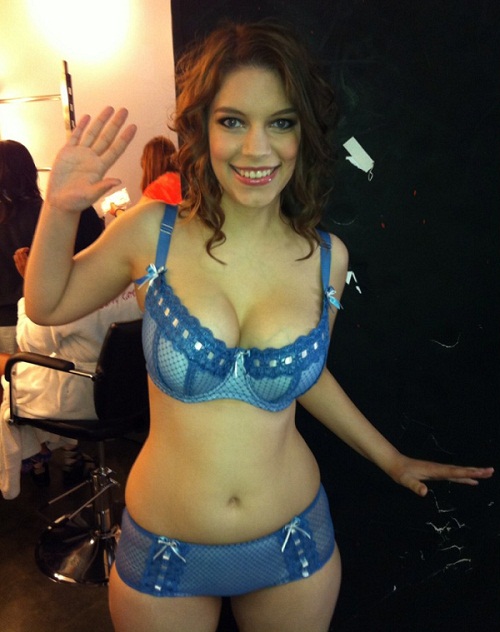 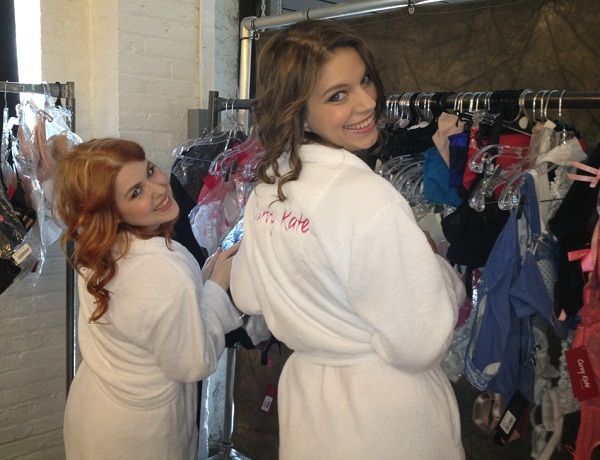 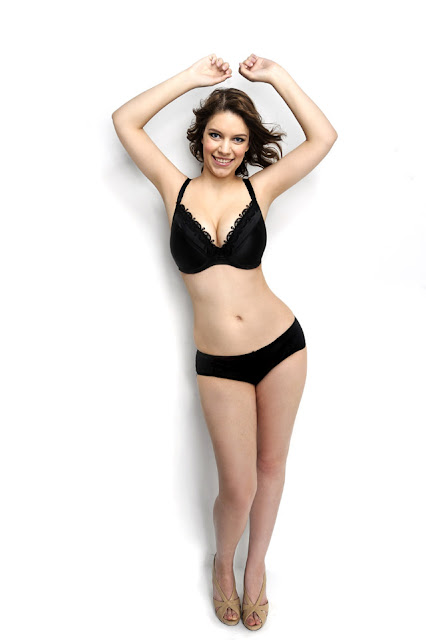 I was, of course, nervous at first, but I eventually got into the rhythm of taking the photos. I'm really happy with how they turned out.

You can read my interview for the Curvy Kate blog here, and guess what? I was featured on TV!

If you have been reading my blog for any length of time, you know that I am passionate about bras and bra fitting, and about women's body image. I view this contest not as some great chance at a glamorous modelling career, but as a major chance to really make a difference in the state of bra fitting in the US. I care passionately about the cause and because I know so much about bra fitting already, if I won, I could be not just a role model, but an educator. While the diversity of Star in a Bra is wonderful, and I fully believe that women of all shapes and sizes are beautiful, I think that the fact that I prove that one can be a thin, and also curvy, would be good for the first US winner. Americans believe, much more stubbornly than British people, that you can only be curvy if you are overweight. This misconception keeps many women in a badly fitting bra, because if you suggest that they might be over a D cup, they think you're suggesting that they're "fat!" Perhaps, if I won, I could help to impress upon people that curvy is a shape, not a size.

I need all the support I can get if I am going to have a chance at winning. So, if you believe in me, please, don't just vote for me, but get as many people as you can to vote, as well. Share this page on your favorite social networking platform of choice. (Facebook, Twitter, StumbleUpon, Digg, Reddit, forums...)

And, a million times thank you... not just for your votes, but for being one of my wonderful readers.
Posted by Brittany at 6:01 PM