A Review of The Rixie Clip

The Rixie Clip is "The world's first bra band tightener." There exist bra band extenders- why not a tightener? I will admit that I wasn't sure how this could work, but the Rixie Clip's design is pretty smart. 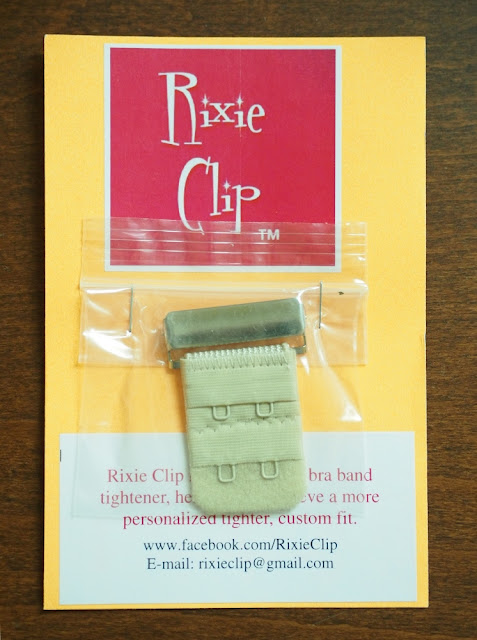 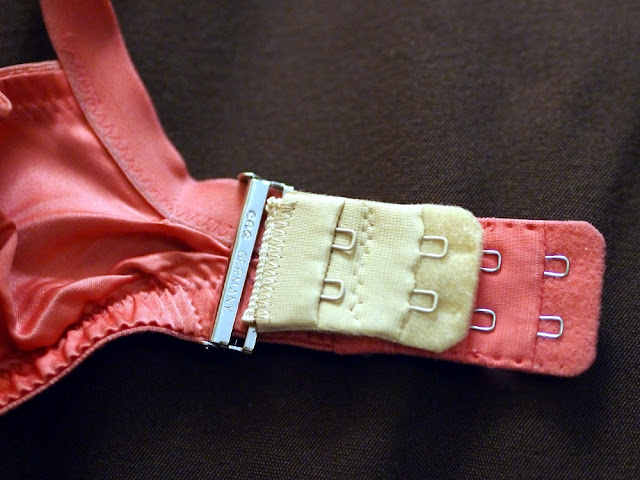 To put the Rixie Clip on your bra, you just open up the little clasp, slide it along the bra band making sure that the hooks are facing the right way, and clip it down. In my experience, it stays put very well, and is extremely comparable to altering the band, in terms of the fit it gives.

My only complaint is that after a while of wearing, the fabric part of the clip tends to slide to the side of the metal, and starts to bunch up. This is only a minor annoyance, however I'd love it if it was fixed in the future. 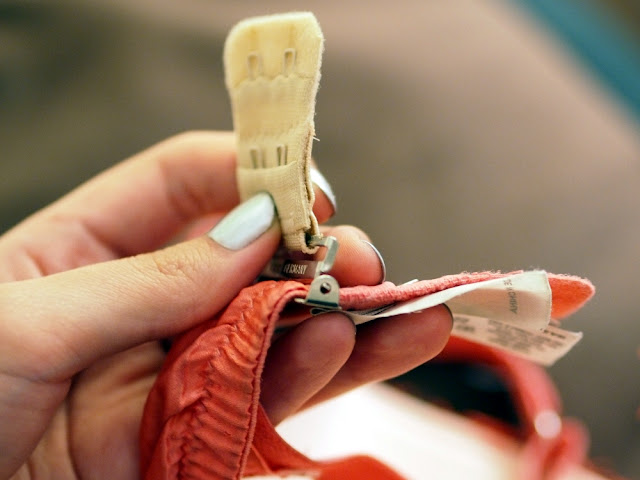 That being said, there are definite limits to how small you can make the band with the Rixie Clip. If you slide the clip too far, the band starts to wrinkle, and eventually you hit the strap. I wouldn't recommend the Rixie Clip for a bra that's more than 1 band size too big. So if you need a 26, don't think you can suddenly start buying all those cute styles that only start at 30 or 32. The Rixie Clip is great but it's not a miracle worker. 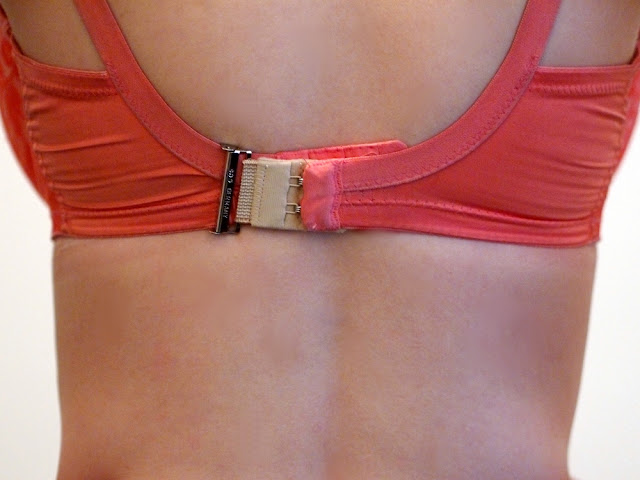 Relatedly, if you need a 26 band and have never tried a tighter band, make sure that the bra you're buying to use with the Rixie Clip is a good style for you in other ways. Having a smaller band doesn't mean that absolutely all bra problems will be magically fixed- you still want to choose the appropriate style, wire width, etc, for your particular breast shape and needs.

I do have to say that I'd still really prefer to be able to buy my bra size. It's not just the band that would be smaller in a properly designed 26 band. The proportions of a good bra should be different from one size to the next. But again, this is a great option until more manufacturers will listen. 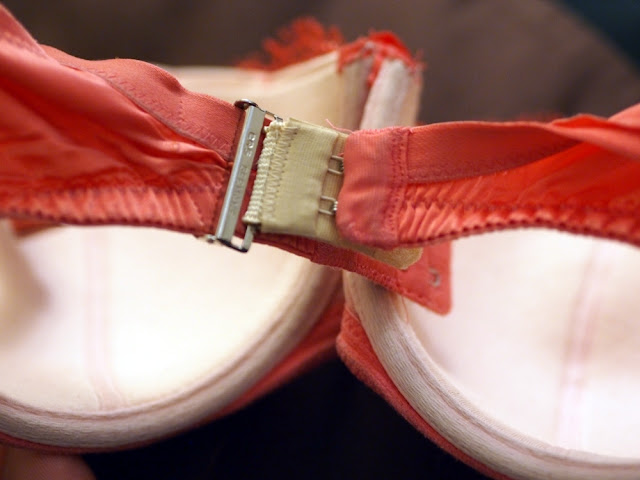 Currently, there's only a 2-hook version available in White, Beige, and Black. However, they're working hard to bring out new styles, including 3 and 4 hooks, and a differently spaced 2-hook version.

You can get your very own Rixie Clip via their Facebook page or eBay.
Posted by Brittany at 11:07 PM 31 comments